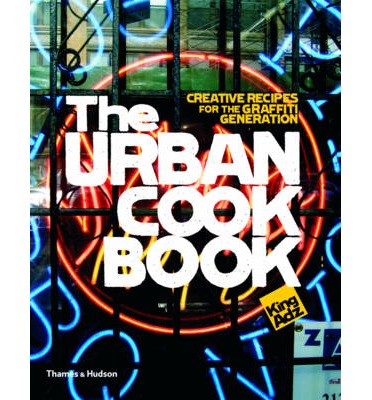 Guillaume is a DJ and Food Writer, which is a great and very unique combination. He writes a great blog about where to eat on any budget in and around Paris.

How did you get into being a DJ and writing about food?

I always made a link between food and music, as I think it has the same kind of interest and attitude. In food, I can enjoy a small and simple restaurant with authentic food as much as an expensive one with a famous chef. Same for music, I can enjoy techno as much as good pop songs, African music as well as opera, no discrimination! I put a line on my Myspace: ‘Music is nothing but sharing!’, I think it’s the same for food. I mean what I like with these two passions is the way they can be shared. The type of music fans or gourmet I like to hang on with are those who are open minded.

A few years ago I launched a musical collective with a friend which was called “La Tambouille” (Parties, Radio & TV show). La Tambouille means something you cook with everything you find in your kitchen. Our device was “Flavoured music for all tastes”. The jingle of our radio show was issued from a song that does totally the link between food and music. The guy explains how to do a disco hit like if it was a recipe.

At the time, I was known as ‘the restaurant specialist’ among my group of friends, the one you can call and ask ‘I am in this neighbourhood with my girlfriend, I want something nice and quiet, I have this amount of money, what would you recommend?’

From this, I decided to put my nice spots on a blog with no prices discrimination: the nice sandwich for 3 Euros next to the very good restaurant for 40. Only good food and good service. I will say also that food and music are both key elements of a certain culture. That’s why also when I travel I try to keep interested by both. You can check, for example, two subjects I put about Colombia on my blog, one is about nice restaurants that I visited, the other is about music.

What does street culture mean to you?

Street culture is typical of these big metropolitan cities where you have so many different people in the same space and no countryside. So from this urban background associated to a huge melting pot, some new cultures will emerge, from sneakers to street food, slang to music, and so on. I would say this is someway related to a certain energy, some electricity.

What is your favourite food?

Honestly, like I said before, I like too much food to chose one. We have a French expression that says “tout est bon dans le cochon”, “everything is good in the pork”! I truly believe in that sentence, and not only for food.

How important is a healthy lifestyle?

Personally I pay attention to what I eat, I try to eat current season vegetables and fruits, eat less fish and meat but pay the price for good ones when I can afford it. I’d rather buy a tasty ham at the butcher than some ham in a plastic box at the supermarket which won’t be any cheaper.

That being said, I think also this preoccupation is particularly central in rich countries. I can do all that because someway I have the money and the time to do so, that’s why I won’t impose my conception to anyone else. I hate so much people who give advice to others without ever being conscious about how privileged they are.

Where is your favourite place to eat?

Honestly in Paris, I have so many, and it’s so depending of the mood and the budget. That’s why I would say ‘Generous places’. I will always prefer places with simple but authentic food and a nice service than super snazzy food with a bad atmosphere. Going to a restaurant is not something so common, I mean you could cook at your house but you decide to eat somewhere else and pay for it. And not everyone can afford it, far from that! So I appreciate when you feel the people working in a restaurant are conscious about that.