There are 3 ports to go to Smiltyne, the port in front of Klaipeda located on the Cornwell Spit, this spit of land is listed as a Nature Reserve:

There’s a ferry every hour in one of them. The trip lasts 15 minutes.

There’s a trip every 20 minutes in the other: passengers and cars at the same time, you’re on the platform with the cars. The trip lasts 15 minutes

Another ferry exists only in the summer, it goes to Klaipeda directly, it takes 2 hours and there are audio comments along the way.

There’s a security check when you’re coming from the port, you have to pay for your car, but it’s free for the drivers themselves.

The Curonian Spit is a long island which is listed as a UNESCO World Heritage site; located in front of Klaipeda, it’s northern part belongs to Lithuania, and its southern part to Russia, the famous Russian enclave that is Kaliningrad.

The nature there is breathtaking. I was there during the fall so the weather wasn’t fantastic, but at least there were no tourists and the forest was splendid. Simply put, I had never seen something quite like it. 400 000 tourists visit per year, and 90% of them come during the summer.

When you’re coming in from Klaipeda, the ferry drops you off at Smyltine, where the aquarium is. It’s 50 kilometers away from Nida, which is on the opposite end of the island, Neringa is at the halfway there. 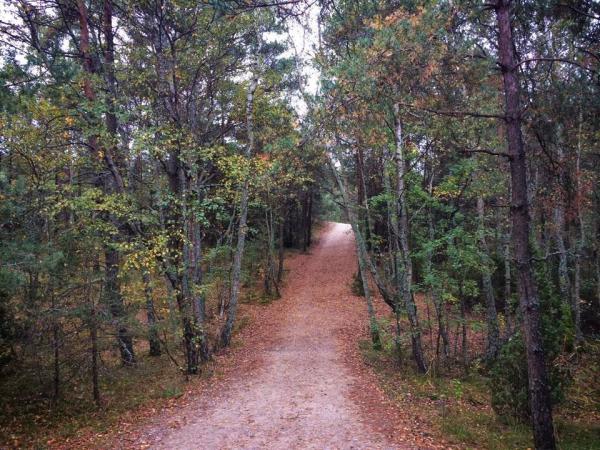 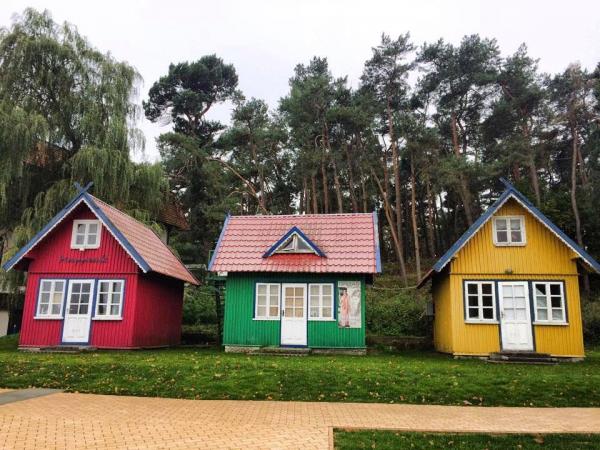 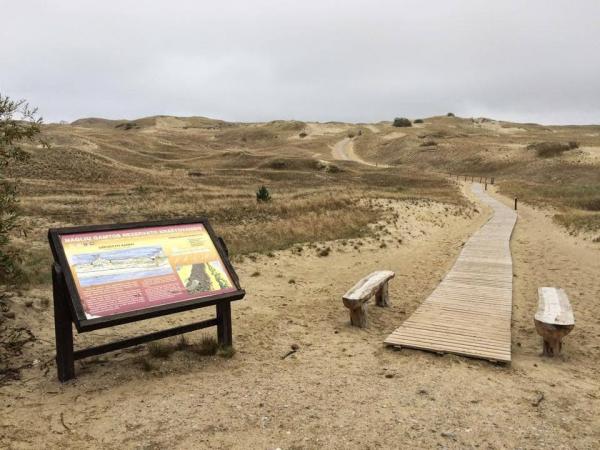 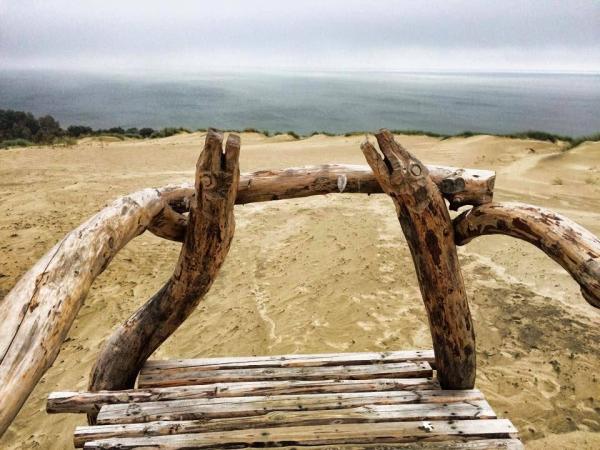 Little pine trees were planted 100 years ago so that the sand dune didn’t keep progressing. There was a massive fire 5-6 years ago, probably of human origin, and along the road, on the left coming from Smiltyne, 10 km away, there are no more trees to be seen. They had so much sap on them, and  they were so dry because of their age that they burned very rapidly. 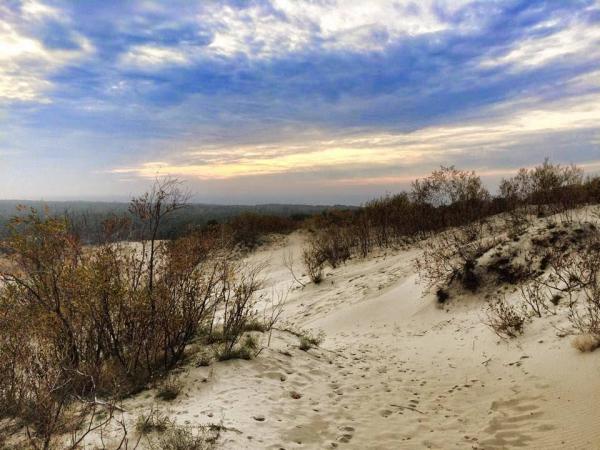 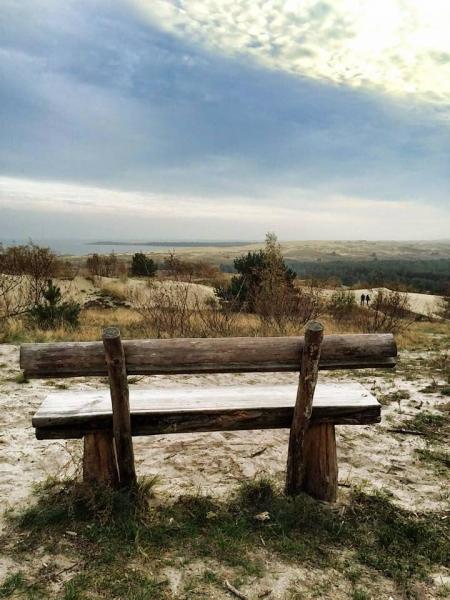 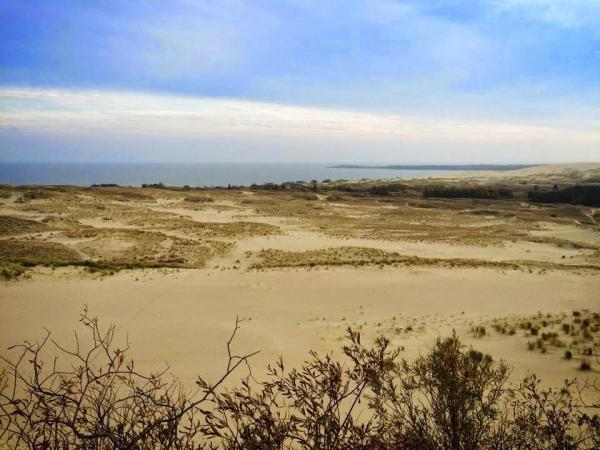 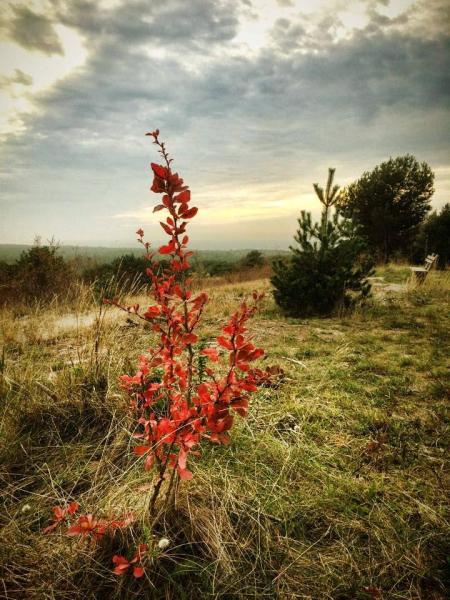 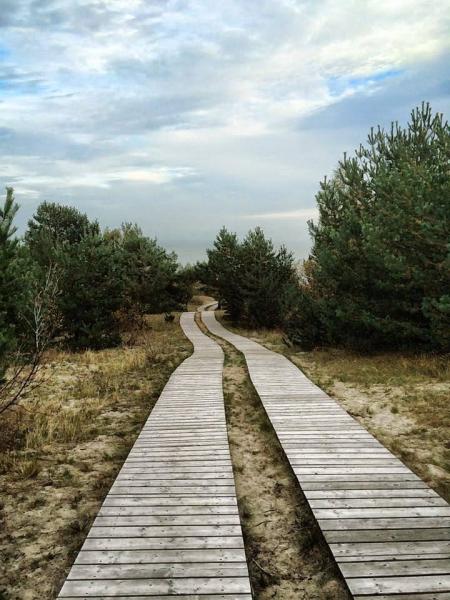 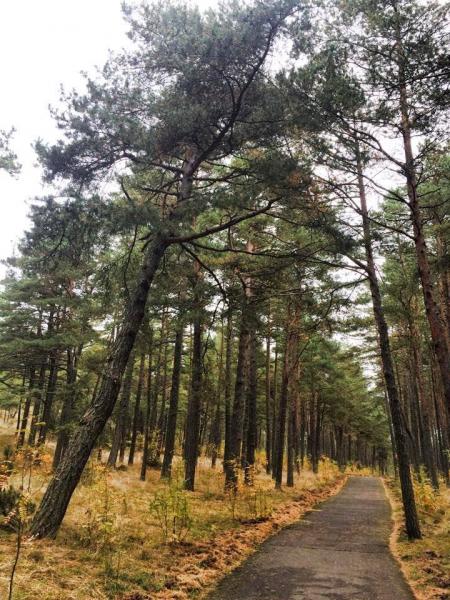 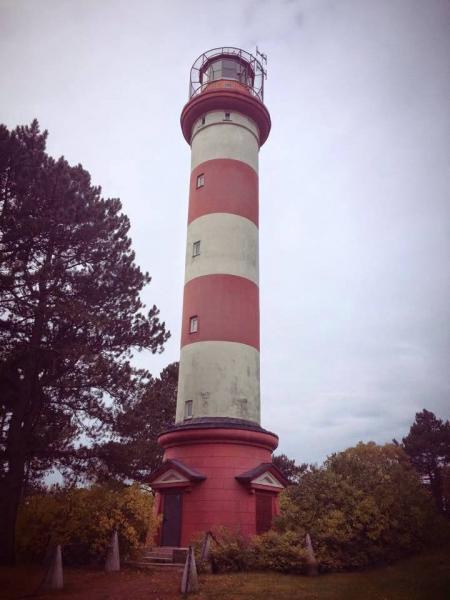 Matas has kayak activities which are very successful.

There are popular chants, and there are activities involving them.

It’s right in front of Klaipeda, 2 minutes across

“You should check it out for the dried fish. Be careful, it’s served really simply, no butter, bread and that’s it. ” 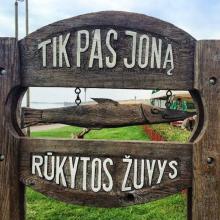 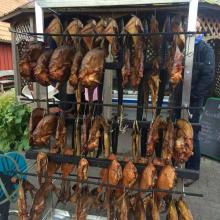 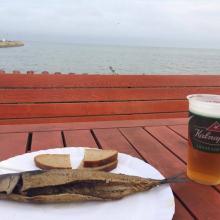 The restaurants that were recommended to me by locals that I didn’t get a chance to try:

The best spot in Nida. Awesome wine bar with snacks, as well as meals.

It means feather, because it was a guest house for writers during the Soviet era. 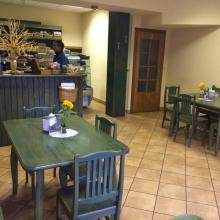 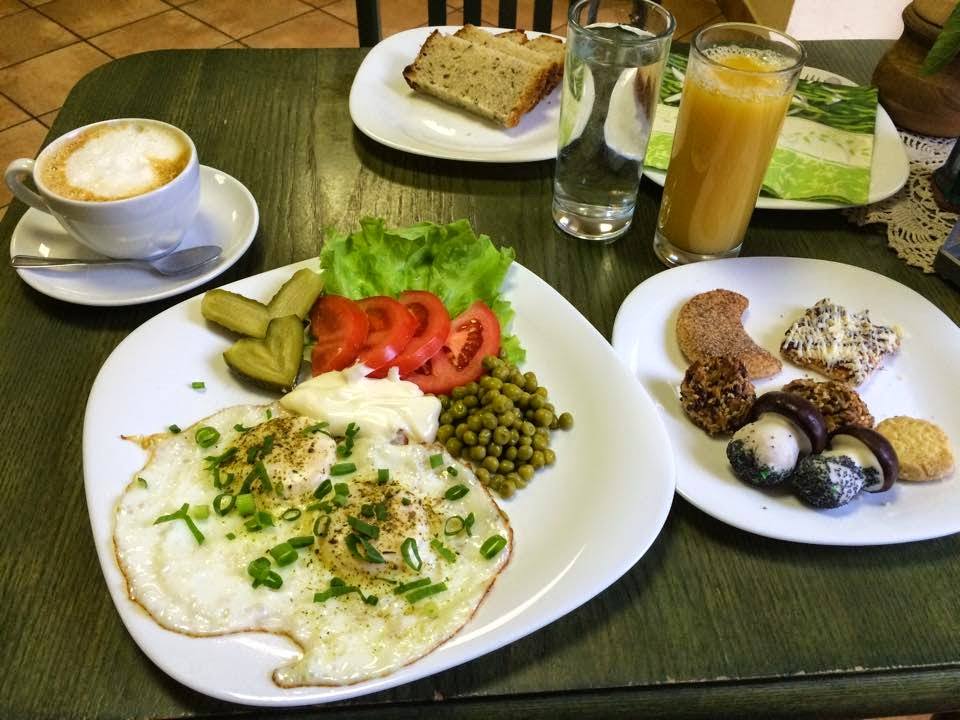