I have discovered Plastic Bamboo on my Soundcloud feed. Straight away I was captivated by his Balearic/French Groove/New Age/ Tropical vibe – yes all this at once -, you could just call that great combo, the “Bamboo” style, in reference to the famous French track by Philippe Lavil. It’s funny because this track was absolutely not trendy, at least not underground, at the time of its release in 1982. But the music trend is a lot about revisiting the music that was made 20-30 years ago so lately the new age, ambient scene got a revival. In parallel to this, the 70’s tropical& afro  sounds have been largely, and still are, digged by those dj’s who travel around the world to find the original vinyls. Logically, once a big part of the vintage 70’s sound has been put back into light, some start to dig more into the 80’s and that’s how the synth zouk got reissued for example. I guess Philippe Lavil and his “Il tape sur des bambous” (the refrain means : “he beats on bamboos and it’s number 1 in the charts”) symbolises a laid-back cool vibe that appeal to a chill-out nap in a hammock.

I have contacted Camille Bertin aka Plastic Bamboo in order to propose him to record a 716 podcast. I received a warm and positive answer. We decided to meet and I got a chance to know him better. Before starting his Plastic Bamboo mixes series, he was part of the crew of les Yeux Orange. That was when he got back to France after spending 6 years in UK, Manchester where he discovered the house and balearic scenes thanks to his roommate Patrick Ryder, who now works at Piccadilly Records and has just created his label Talking Drums. Until then, Camille was much more into the indie pop scene. During the years in England he toured and released tracks with his band May68. They got a 12″, “The Prisoner”, published on Kitsuné and that was bridging the gap between pop and electronic music around 2010’s.

Nowadays, alongside his dj activity as Plastic Bamboo, Camille also produces music under the alias Alan Dente. The Ep “Dark Nebula” has been released on Bordello A Parigi in 2016 and a few remixes since then in a sexy house/disco vein.

Time for the 716 mix that Camille describes as a mix of Balearic, early 90’s French House, World and French boogie with a guideline that is cheap synthesizer sounds, not in all the tracks but in most of them. It starts with a cover of Madonna’s “La Isla Bonita” –  which used to be on my favorite album from her “True Blue” – by the Venezuelian born and Italian resident Lucia Montanari. 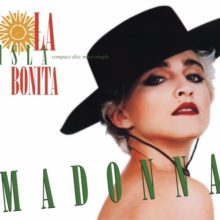 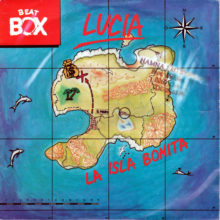 I invite you to listen to his special podcast in the following links of Soundclound or Mixcloud.