Getting there from Venice

The train ride costs 5,90 euros. Don’t forget to validate your ticket at the machines, because if you get caught, it’ll cost you 30 euros! Italians are actually very nonsense about rules.

Bassano del GRappa is a beautiful medieval city an hour away from Venice by train.

It’s this city that gives grappa its famous name.

Not only that, but it’s also Diesel‘s ( the jeans brand) headquarters; the Wifi downtown in therefore sponsored by Diesel.

I have a great old fashioned Bed and Breakfast to offer you, perfect if you’re not against sleeping on an old fashioned bed, and you can survive without AC.

. If you can deal with these two things, you get a cheap B&B, facing the mountains, and downtown. The owner is very friendly, she speaks a little French, and breakfast is included.

Here’s the view from my room. 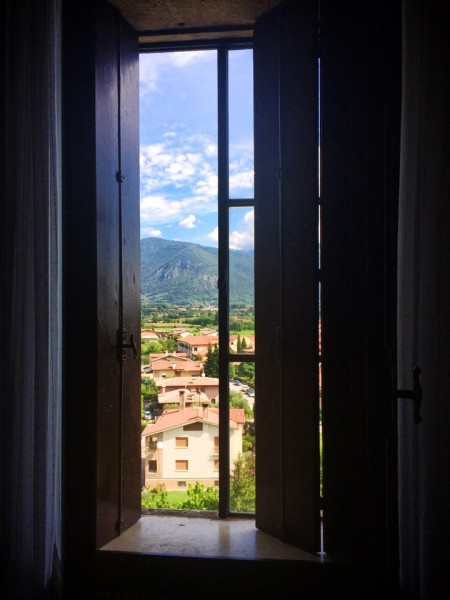 and when you leave the house. 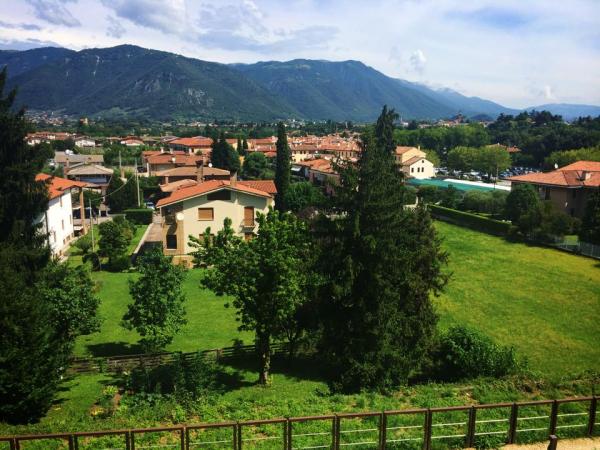 The Ponte Vecchio is a must see, over the Brenta River, it’s considered one of the best examples of a typical bridge in Italy. It still needs to be renovated, but it’s still magnificent as is. At the foot of the bridge, don’t miss the shop Nardini for that famous grappa.

” I wouldn’t say it’s THE deal of the century in Bassano, but in the context I found myself in, it became clear that this was the place. It was hot, I walked for hours, everything was closed, and I didn’t want to go in a restaurant with tourists. I ate really well and was warmly welcomed, I felt at home there.”

Read the rest of the 716 review 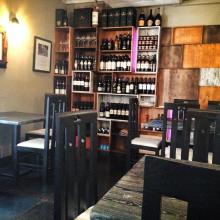 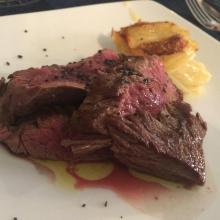 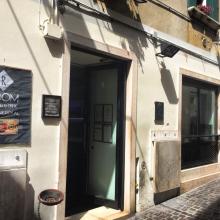 The restaurants that were recommended to me, but that I didn’t get to try:

A Bassano friend recommended it to me, describing it as such : “rude as fuck but amazing food, mix between Veneto and Abruzzo’s food.”

Friends went there and told me only positive things, she writes cookbooks, so she knows what she’s talking about.

I met a guy who was closing his clothing store for the day, and I asked him where I could get some cheap, authentic, not touristic spot to eat, right away he said Goto e Spuncioto, a little bit out of the downtown core, but not too far, just 10 minutes walking. When I got there, it was closed, as was Al Vesuvio, everything was closed that Tuesday! It looks like a very simple osteria, but I trusted the guy who told me about it, I had a good feeling.

Aparently, this place is the real deal, a 10 min car ride from Bassano. They make their wine in house, it’s super cheap and super good I was told, opinions varied about the food, but it’s still advertised on Google and  Trip Advisor.

This one was first recommended to me by a local woman, then I met three young people who immediately answered “Vesuvio” when I asked them where I should go for cheap/good food.  That Tuesday, I went, it was closed. However, I had also asked a young guy for some recommendations on the way, and he described Vesuvio as touristy.

Clearly, if you go on the Vecchio Bridge, you’ll also go drink a glasss or two of Grappa, or buy one or two bottles in the Nardini shop located on the bridge.

The place itself is spectacular. 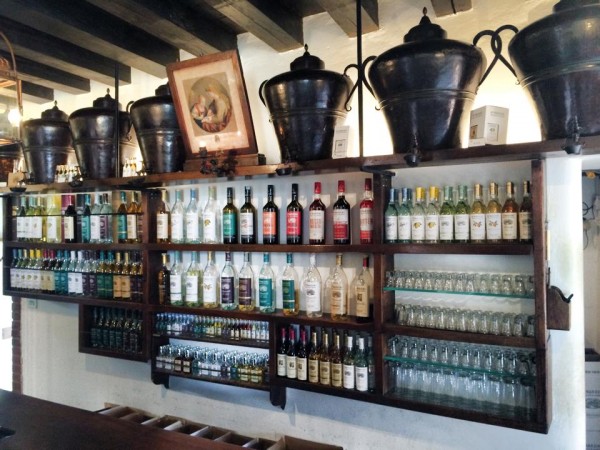 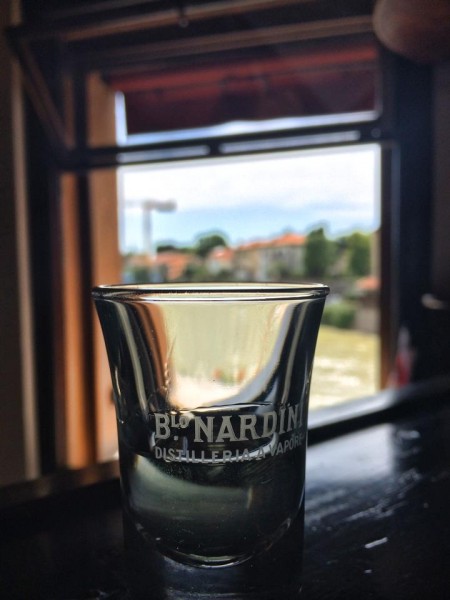 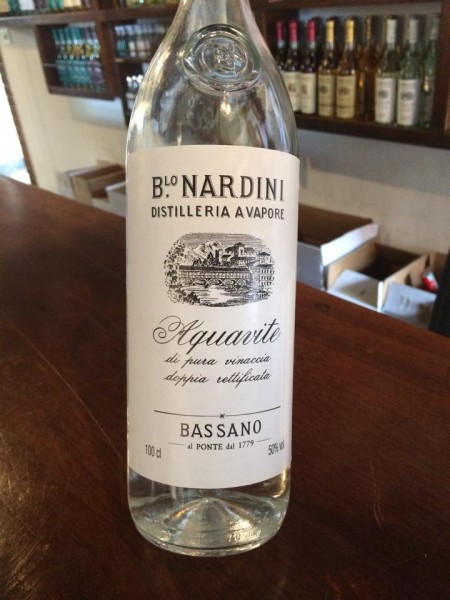 It’s a beautiful place, and is located in a palace where the aristocracy lived in the 17th century, all the book shelves are downstairs, and it looks out on a beautiful courtyard behind the palace. 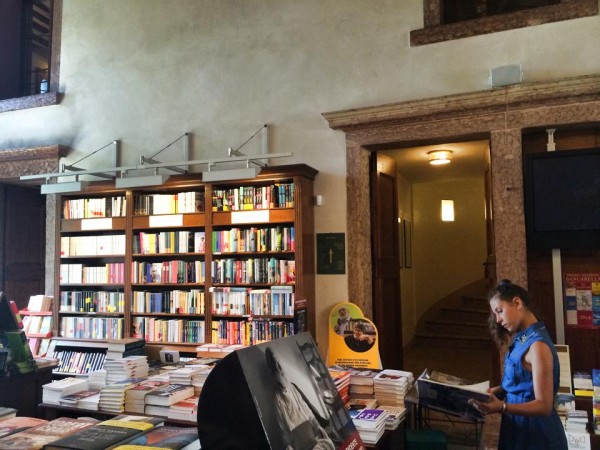 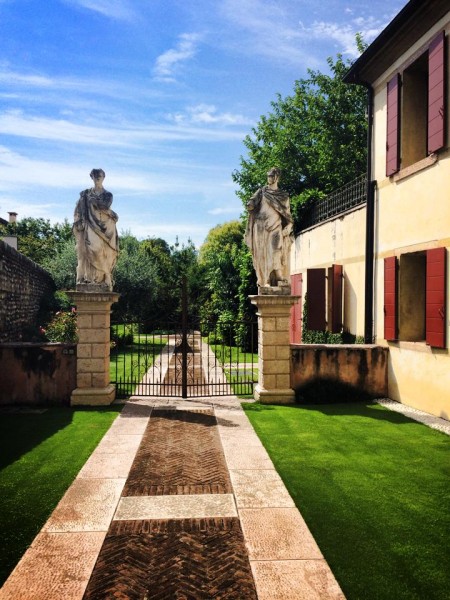 It’s the bar that my friends and I got together at, nothing crazy but in the center and pretty nice.

Otherwise, there are all the bars recommended by Simone from the Room restaurant that I didn’t try out: