A wine bar that allows you to also eat at the back of the room: good atmosphere, raw, good plates for a good price, the boss and the server from Perou were both very cool. 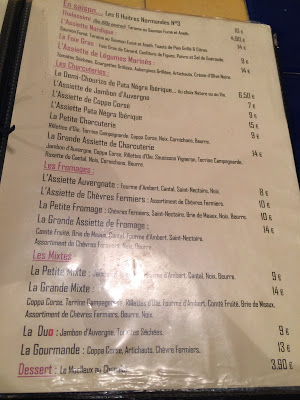 The board and the wine 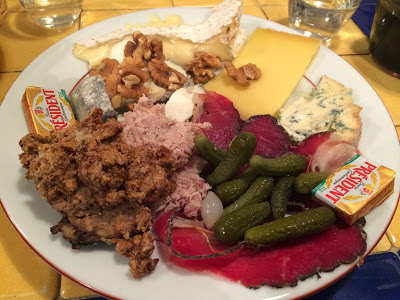 The bread is delicious. In the shitty areas, the only thing they get right is the bread :), because there are good boulangeries. 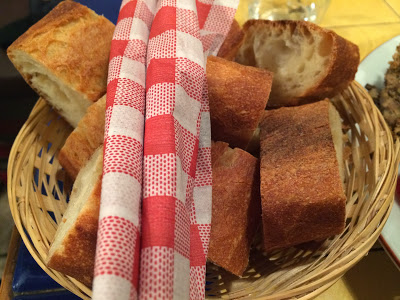 To go with it we had our oaky wine, Haut Médoc “Cru Artisan”, 20 euros for the 50cl pitcher, but the wine was so full-bodied  in taste, that I was surprised I had a hardt time finishing it; all that to say that there was enough for two to be full. The wine was good in taste, nice to drink, full-bodied like I said. It however left me with a slight headache, unless it wasn’t the wine that was responsible, since the person with me didn’t feel anything. It left me divided, but I enjoyed drinking it, and it doesn’t take away my desire to come back here and try other wines. I’ll have a clearer opinion about it all when I get the time to explore the wine list more in detail.

Finding a cool spot open on a Sunday night, a wine bar no less! in Abbesses! That’s the stuff of legends. Well it happened, and it wont be forgotten. Paris can be so simple when she lets herself be herself.