It is a pleasure to welcome Munk, Gomma‘s boss with Cecile aka Esperanza, a young italian producer who has just released his Sirena EP on Gomma (july 2011). A funny detail: just when I proposed Munk to do a playlist he was listening to “My Name Is Nobody” by Ennio Moricone from the 716 Playlist by Mark Du Mosch . So he got inspired by the soundtrack vibe from the Morricone track and decided to do a playlist with a romantic/soundtrack atmosphere.- Mathias “Munk“ 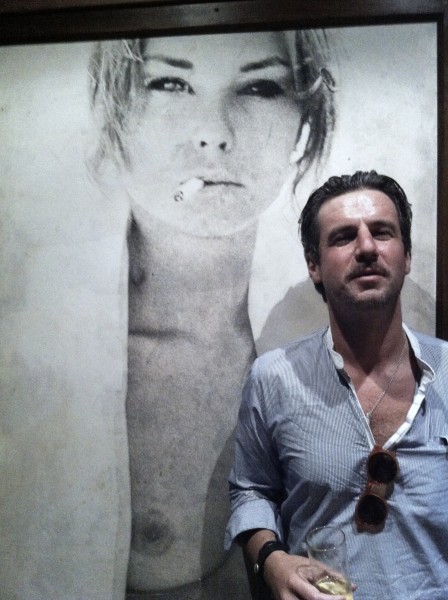 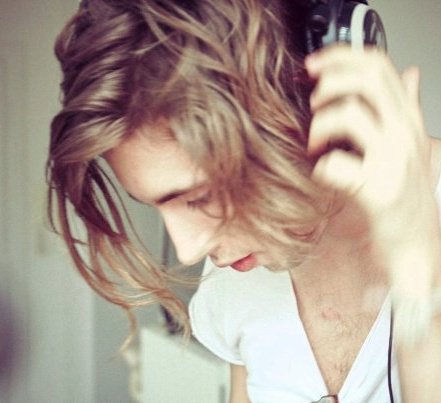 His track “Sirena” features Alessio from “Banjo or Freakout” who had also delivered a 716 playlist earlier his year.Esperanza – Sirena EP by Gomma

1) Miles Davis – Selim
I love Miles. Not only because he was one of the greatest stylers of the last century, making his own clothes and behaving in a unique way (check his interviews), but of course because he changed the world of music minimum 10 times.When everybody was playing too many notes he started to play few notes (bebob/cool jazz)… When everybody was getting into retro he started to play pop… When everybody in the jazz world hated electric distrortion, he made Jimi Hendrix kind of psycho jazz, etc…, this tune is from the early jazz funk days, but it is a quite one. Check the chord progression, I simply love it. Pure beauty.

2) Garry Lewis – Jill
This reminds a bit the Beach Boys… check the harmonical development. We were always bored from folk music that is limited to 3 dumb chords and bad singing. Most of that folk stuff was boring and musically bad, just pathetic. This one goes further, it’s cineastic and clever. You can listen to it 100 times without being bored.

3) Egberto Gismonti – Loro
I love ECM records, the Munich label that – like no one else – brought together progessive jazz, contemporary classical music and other interesting phenomenas from the late 20th century. In the late 80s they had this guy from Brazil on the label. They made him worldfamous, he was playing guitar and piano like a virtuoso. Anyway I choosed a composition from before the ECM days, it is from the early 80s. It has like a fast house beat going on, but the composition is very barok influenced. The scales, pure beauty.

4) Gianni Mazza – Wave
Does this remind u something? yes: the boring boys from Paris… called Air.. haha… okok – AIR made some nice tunes, but if u listen to their inspirations u understand that there is much more to do that what they did…

5) Benny Maupin – Moonscapes
Benny Maupin got famous as the sax man in the Headhunters band, the jazzfunk supergroup of Herbie Hancock in the 70s.They went on top of the US charts with their Watermelon man. Maupin along with Cannonball Adderley and James Moody was one of the most funky sax players ever. His tone on the sax is extremy sensual. okok.. you’re wondering: saxophones? and yes, i’m telling you: the saxophone used to be the coollest intrument ever, in the 50s and again in the early 80s every kid wanted to play sax… ha!But as these list consists only of romantic jamsi choosed this one here…

6) Nino Nardini & Roger Roger – Bagheera
There is nothing as deep as italian film music from the 60s and 70s. Most of the time, the italian composers were loving the American musical and jazz composers such as Rogers/ Hart, Cole Porter, Nat King Cole, Ellington etc… but they had studied classical music, arrangement and of course they had the music of the great italian composers in their blood – Verdi, Puccini etc… so the result was awesome. Umiliani, Morricone, Nino Rota and these guys here, they were mixing up these american influences with their italian roots and feelings and the results were great.

7) Igor Strawinsi – Le Sacre du Printemps
What a masterpiece. When they played this ballet piece for the first time at Paris Opera in 1913 it was a scandal. People were shouting so much that the dancers could not hear anymore the music and were dancing “acoustically blind”. Some parts of the piece are pure abstract funk. Other melodies are just beatuty. But the main thing is: how can it be that this kind of music was done in 1913 and still sounds “wrong” for most people, even today? What happened? 100 years ago they were much more ahead than now…

8) Piero Umiliani – Chaser
Ok. Here is another one. A great itaian film composer, a legend for connaisseurs, but he never had the fame Morricone had.

9) Ifan Dafydd – Treehouse
The only new track in this list. Some say it may be James Blake using a new alias name. I dont know… but i know that these 8 Ifan Dafydd songs i have are amazing. Harmonically complex and soundwise super super elaborated. Not only what this guy does with the voices, but the whole arrangement consisting of samples, live played stuff. This can make u cry, ahhhhhh!

10) Hubert Laws – Pavane
Laws made some great jazz funk records and i love jazz funk. Some of it. But as we had all the italian romatics in the list i had to choose this here as it fits better and it’s a nice last track. Get your girl friend, smoke a joint, get romantic, babies. (and by the way: we need more flutes in music again, come on!)