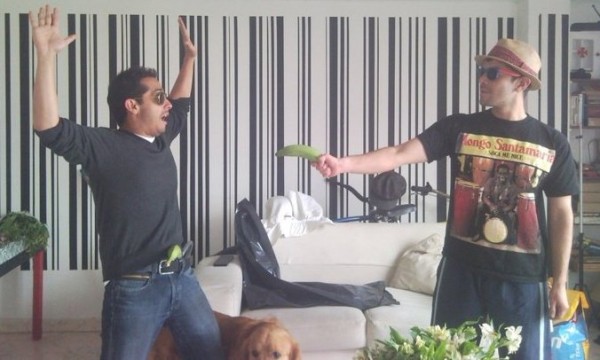 This is a funny story.
I have totally mixed up names and it gave a super result.
I thought I was talking to Neon Indian when I had in fact contacted Neon Neutron, nothing to do really.

So imagine the story : I think I’m asking to the Texas chill-wave rising artist Neon Indian to do a playlist for 716.
Then I receive this playlist and discover it only contains Colombian music. I am very surprised cause :
1) I am passionate with Colombia and couldn’t expect a selection 100% Colombian
2) he explains me that he lives in Bogota and I am surprised that Neon Indian would have left the US in the midst of a promising artistic career to live in Colombia.
Well the key was that it was not Neon Indian at all!!!
It was Neon Neutron who is a Colombian friend from Colombian friends of mine. He has never recorded anything, but has a band called Patacon System. He also has a video channel.
Most of all his playlist is dope! 🙂

2) Peregoyo & su Combo Vacana – Caravana
The First Orchestra of the Colombian Pacific Coast that recorded in the 60’S with Discos fuentes. my dad’s favorite.

4) Socavon – Una Purisima en Guapi
Afro Colombian december music, from Timbiqui, a town in the Cauca, so rich in music and Folklore../

5) Cortijo and his Time Machine – La Tercera Guerra
The legendary Rafael Cortijo, who represents the Bomba and The Plena Boricua here in his Fusion…

7) The Lebrón Brothers – Fe
The Temperature rise up with The Lebron Brothers From Latin Soul To Urban Salsa.

8) Garzon y Collazos – El Sanjuanero
Music of Huila region of the San Agustin Archaeological Park, a favorite of my girlfriend…

18) Afrosound – Dog, Cat
A pioneer in experimentation with psychedelic sounds in the 70’s in Colombia backed by “Discos Fuentes” …