A Lebanese take out place, run by an Egyptian in front of the Corvisart metro station.
Why is it on 716? Because an important number of Lebanese take outs are easily forgotten, while this one, without being incredible, is worth it for the simple fact that they cook everything there, and it’s authentic.

It opened 8 months ago and it’s really located right in front of the metro exit, which is already useful. The other good thing is that in this Corvisart area, there aren’t many transcendent places, so it’s a good place to know. There are tables on Boulevard Blanqui’s large sidewalk, which is not unpleasant on nice days. Inside there are some tables, and you can sit down without being too close to one another.

It’s run by an Egyptian that explained that his menu was inspired by both Lebanese and Egyptian recipes. He’s pretty nice, but at first glance can seem a little grumpy. In the end, he’s nice, otherwise the restaurant wouldn’t be on 716. Let me know if that’s not the case.
The door to the kitchen is open even though she’s pretty small, you can see the man busy cooking:) 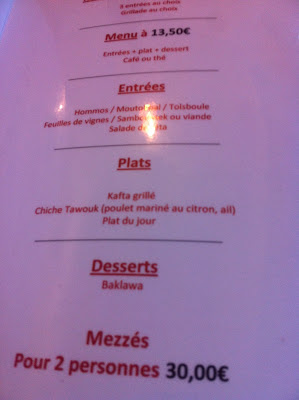 The 13.50 euros menu at night is more than welcome: appetizer-main-dessert- coffee or tea, honest.
The baked goods offered for dessert aren’t homemade, but there is a homemade flan that is available, not included in the menu. 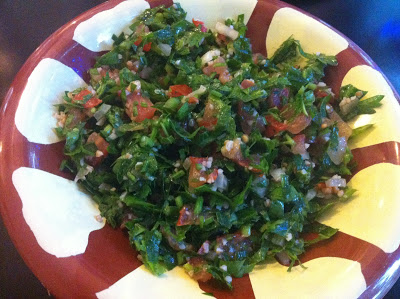 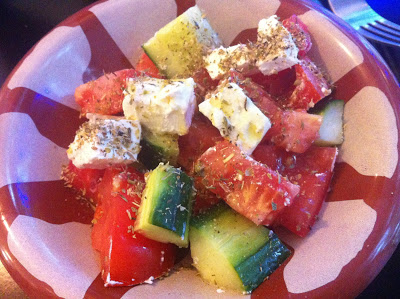 He offered us a falafel that I really liked. Very different from what we usually see, the small crunchy falafels, this one was big and tender. I’m not a specialist on the different falafel cultures, so I wont say anything else. 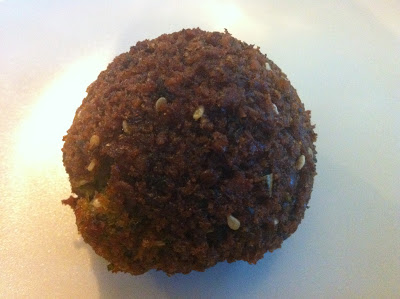 A kafta, a bit small compared to the Chich Taouk that was much more substantial ( and it was good chicken).
In any case, the sides were good, you can tell it was homemade. 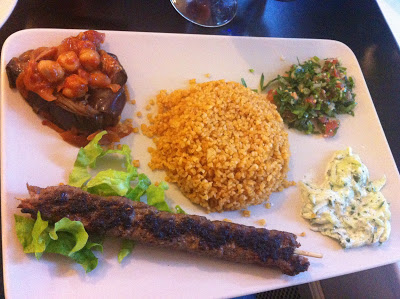 I didn’t put up the pictures of the baked goods  but they exist:)

I asked myself: should I give a review? Then I remembered places I’d been to recently that looked classier and had more reviews, but in which neither the food or the quality-price ratio really stuck with me, so I told myself that this Falafel had every right to be on 716.