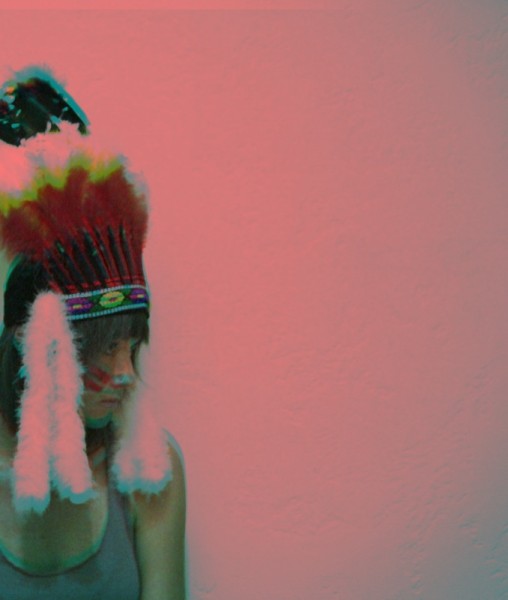 I love Steffallo and it’s like this since I discovered her songs for the first time. I had played one of her tracks to end a mix I had done for Cracki records.
She’s back with a new album “Would you stay?” on Mush records and it’s a great pleasure to see her back.
Her light and minimal folk doesn’t have this affected vibe that I hate, it’s balanced and it just works! You can listen to her songs many times.
Her voice doesn’t play any game, it is just cute and touching, that’s all.
Her playlist is a bomb, I love all the tracks she recommends.

“Most of the songs i’ve been obsessively playing these days have all caught my ear because the vocals are amazing. the tone and feeling in each one of these peoples voices has a quality to it that i just can’t get enough of. there’s so much feeling and realness in each of their voices.”

1) S O H N – The Wheel
This track is so beautiful. There’s something in the tone of his voice that just pulls out so much emotion and truth… the way he uses it to create a rythm for the song is brilliant.

2) HAERTS – Wings
I’ve had this song on repeat for weeks now. It’s just one of those songs that makes you feel a bit invincible; like you can do anything you ever wanted haha. And that Stevie Nick’s quality in her voice is just so so good.

3) Phoebe Bridgers – Waiting Room
I absolutely love this song. Her voice is so raw and heart felt and those lyrics just really slay you to pieces…

4) Zee Avi – Concrete Wall
I’ve been stuck on this song for a while now. I love the accapella element of the song and it’s simplicity. It’s just a really good, catchy song.

5) Jesse Woods – Danger In The Dance Hall
I’ve been a huge fan of jesse woods for some time now, and have yet to be disappointed by anything he creates.

6) Among Savages – Sun Greets The Sky
I met peter (among savages) years ago and just recently stumbled upon his music again, and it’s just as beautiful as i remember.

8) The Blank – Leona
This new EP is great, and it’s the producers first attempt at using his own vocals.. love it.

9) Odesza – How Did I Get Here
This track is a banger while simultaneously being beautifully pensive.

10) Feist – La Blogotheque
I couldn’t leave without including some feist.. This intimate show is one of the best things I’ve seen and Feist is absolutely amazing as usual.